Here are Dockerfiles to get you up and running with a fully functional deep learning machine. It contains all the popular deep learning frameworks with CPU and GPU support (CUDA and cuDNN included). The CPU version should work on Linux, Windows and OS X. The GPU version will, however, only work on Linux machines. See OS support for details

If you are not familiar with Docker, but would still like an all-in-one solution, start here: What is Docker?. If you know what Docker is, but are wondering why we need one for deep learning, see this

Update: I've built a quick tool, based on dl-docker, to run your DL project on the cloud with zero setup. You can start running your Tensorflow project on AWS in <30seconds using Floyd. See www.floydhub.com. It's free to try out.

This is what you get out of the box when you create a container with the provided image/Dockerfile:

You have 2 options to obtain the Docker image

Docker Hub is a cloud based repository of pre-built images. You can download the image directly from here, which should be much faster than building it locally (a few minutes, based on your internet speed). Here is the automated build page for dl-docker: https://hub.docker.com/r/floydhub/dl-docker/. The image is automatically built based on the Dockerfile in the Github repo.

GPU Version An automated build for the GPU image is not available currently due to timeout restrictions in Docker's automated build process. I'll look into solving this in the future, but for now you'll have to build the GPU version locally using Option 2 below.

Alternatively, you can build the images locally. Also, since the GPU version is not available in Docker Hub at the moment, you'll have to follow this if you want to GPU version. Note that this will take an hour or two depending on your machine since it compiles a few libraries from scratch.

This will build a Docker image named dl-docker and tagged either cpu or gpu depending on the tag your specify. Also note that the appropriate Dockerfile.<architecture> has to be used.

Running the Docker image as a Container

Once we've built the image, we have all the frameworks we need installed in it. We can now spin up one or more containers using this image, and you should be ready to go deeper

Note the use of nvidia-docker rather than just docker

The container comes pre-installed with iPython and iTorch Notebooks, and you can use these to work with the deep learning frameworks. If you spin up the docker container with docker-run -p <host-port>:<container-port> (as shown above in the instructions), you will have access to these ports on your host and can access them at http://127.0.0.1:<host-port>. The default iPython notebook uses port 8888 and Tensorboard uses port 6006. Since we expose both these ports when we run the container, we can access them both from the localhost.

However, you still need to start the Notebook inside the container to be able to access it from the host. You can either do this from the container terminal by executing jupyter notebook or you can pass this command in directly while spinning up your container using the docker run -it -p 8888:8888 -p 6006:6006 floydhub/dl-docker:cpu jupyter notebook CLI. The Jupyter Notebook has both Python (for TensorFlow, Caffe, Theano, Keras, Lasagne) and iTorch (for Torch) kernels.

Note: If you are setting the notebook on Windows, you will need to first determine the IP address of your Docker container. This command on the Docker command-line provides the IP address

default is the name of the container provided by default to the container you will spin. On obtaining the IP-address, run the docker as per the instructions provided and start the Jupyter notebook as described above. Then accessing http://<IP-address>:<host-port> on your host's browser should show you the notebook.

Docker itself has a great answer to this question.

Docker is based on the idea that one can package code along with its dependencies into a self-contained unit. In this case, we start with a base Ubuntu 14.04 image, a bare minimum OS. When we build our initial Docker image using docker build, we install all the deep learning frameworks and its dependencies on the base, as defined by the Dockerfile. This gives us an image which has all the packages we need installed in it. We can now spin up as many instances of this image as we like, using the docker run command. Each instance is called a container. Each of these containers can be thought of as a fully functional and isolated OS with all the deep learning libraries installed in it.

Why do I need a Docker?

Installing all the deep learning frameworks to coexist and function correctly is an exercise in dependency hell. Unfortunately, given the current state of DL development and research, it is almost impossible to rely on just one framework. This Docker is intended to provide a solution for this use case.

If you would rather install all the frameworks yourself manually, take a look at this guide: Setting up a deep learning machine from scratch

Do I really need an all-in-one container?

No. The provided all-in-one solution is useful if you have dependencies on multiple frameworks (say, load a pre-trained Caffe model, finetune it, convert it to Tensorflow and continue developing there) or if you just want to play around with the various frameworks.

The Docker philosophy is to build a container for each logical task/framework. If we followed this, we should have one container for each of the deep learning frameworks. This minimizes clashes between frameworks and is easier to maintain as things evolve. In fact, if you only intend to use one of the frameworks, or at least use only one framework at a time, follow this approach. You can find Dockerfiles for individual frameworks here:

Running the DL frameworks as Docker containers should have no performance impact during runtime. Spinning up a Docker container itself is very fast and should take only a couple of seconds or less

Keep in mind that the changes made inside Docker container are not persistent. Lets say you spun up a Docker container, added and deleted a few files and then kill the container. The next time you spin up a container using the same image, all your previous changes will be lost and you will be presented with a fresh instance of the image. This is great, because if you mess up your container, you can always kill it and start afresh again. It's bad if you don't know/understand this and forget to save your work before killing the container. There are a couple of ways to work around this:

How do I update/install new libraries?

You can do one of:

What operating systems are supported?

Docker is supported on all the OSes mentioned here: Install Docker Engine (i.e. different flavors of Linux, Windows and OS X). The CPU version (Dockerfile.cpu) will run on all the above operating systems. However, the GPU version (Dockerfile.gpu) will only run on Linux OS. This is because Docker runs inside a virtual machine on Windows and OS X. Virtual machines don't have direct access to the GPU on the host. Unless PCI passthrough is implemented for these hosts, GPU support isn't available on non-Linux OSes at the moment. 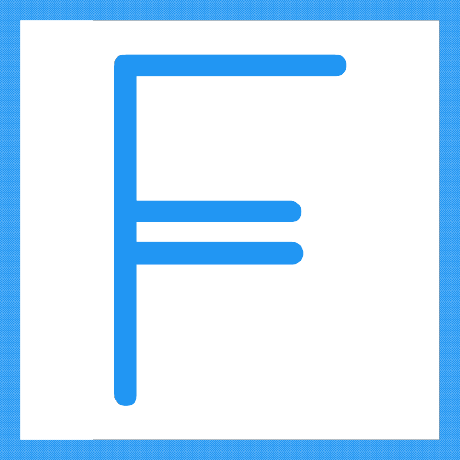